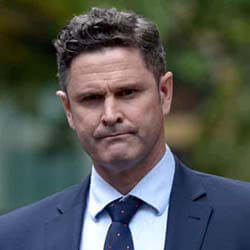 Former New Zealand cricketer Chris Cairns says that while happy and grateful to be here to tell the story, the past 6 weeks have been “big”.

Cairns in a heartfelt video posted to Twitter on the weekend provided an update on his condition. The Kiwi says he faces a long and considerable road to recovery after suffering a spinal stroke and emergency heart surgery early in August.

The former national cricketer says he suffered a so-called Type A dissection to his aorta, which he explained to be a serious, if rare, condition. He suffered the stroke following emergency surgery, which event has now left him paralysed in both legs. He previously also spent a brief stint on life support resulting from the incident.

Cairns also elaborated some on the condition that caused the stroke, saying it essentially meant a tear developing in one of the heart’s major arteries. He says he’s thankful surgeons were ultimately able to save his heart – despite the many grafts and procedures they’ve had to perform in order to do so.

He also thanked his medical teams both in Canberra as well as Sydney, saying the specialists, doctors and support nursing staff had saved his life.

For New Zealand, the famous former cricketer played 215 ODIs, 62 Tests, and two T20 matches between the years 1989 and 2006. In doing so he followed in the footsteps of his famous father, Lance, who also played cricket for New Zealand’s national side.