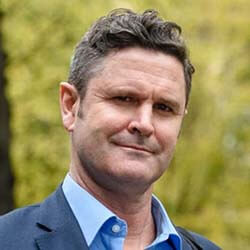 Ex Black Caps star Chris Cairns is on life-support in a hospital in Sydney following a major medical incident that occurred late last week. The former cricketing star is reportedly in a serious but stable condition after undergoing cardio surgery.

Cairns, this year only 51 years old, suffered a tear to the inner layer of his main artery, which is a condition referred to as an aortic dissection. The condition is generally regarded as serious. The star’s wife, Melanie, is describing his condition to be of utmost concern – and a difficult challenge to handle. The event occurred in Canberra.

The son of former Kiwi cricketer and star all-rounder Lance Cairns, the former Black Cap was widely regarded as one of the best players in the global game at the very peak of his sporting career. His One Day International career spanned all of fifteen years – between 1991 and 2006.

Cairns also happened to be a stellar batsman – having clobbered the seventh most sixes in cricketing Test history. He scored only behind Virender Sehwag, Brian Lara, Chris Gayle, Brendon McCullum, and Adam Gilchrist. The former All-Black also ranks in the best of company for recording 1000 runs/100 wickets combinations in Test matches. Here he counts among cricketing greats the likes of Keith Miller, Imran Khan, Sir Richard Hadlee and Sir Garfield Sobers.

According to a statement released by the star’s wife, their family has taken heart and comfort from the way in which the news regarding his hospitalisation has been reported by the press. The family thanked fans from around the world for their support.