Chris Woakes Says Ian Botham Is Off The Mark 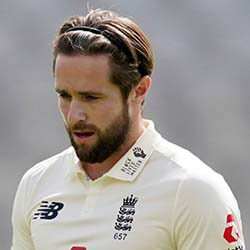 England T20 World Cup contender Chris Woakes has blasted Ian Botham’s insinuation that England’s players had previously tried to avoid signing up for the Ashes Test by using quarantine restrictions as a handy excuse. He said if indeed people were living in a normal and disease-free world, the team would by now have been going agog to compete.

Woakes said everybody recognises the world to be a very different place now from what it had been before the global health crisis hit. He said the perceived hesitance on the part of players had nothing to do with hiding behind anything, and that falling ill posed a real and present danger.

Speaking after England’s first training camp from a hotel in Oman, Woakes said quarantine was no small thing and something all players and staff have had to deal with over many months. He said since most players have been doing a great deal of it, the prospect of having to spend another two weeks behind closed doors with their families was understandably a “big thing” to many people.

The England and Wales Cricket Board has in the meantime given the green light for the upcoming tour. The approval was only granted after many months of negotiations – and especially how Australia’s quarantine and travel restrictions would affect players and their accompanying families.

Woakes comments came in the wake of Botham surmising last week about whether England perhaps didn’t “fancy” playing in the ultimate cricket test.