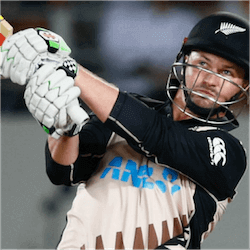 A Clean Sweep For New Zealand

Colin Munro is most probably the happiest man alive in New Zealand at the moment.  And no wonder as it’s not every day that a man is almost single-handedly the reason for a landmark win over the West Indies.

Munro managed to smash a century on Wednesday; a century that sunk the West Indies in the third T20 tournament in Maunganui.  What sweetened the deal even more is that Munro’s century ensured the final blow to complete the New Zealand sweep of a tour that consisted of two Tests, three One Day Internationals and two T20’s.

Munro’s century also ensures that he is now the first player to score three centuries in T20 Internationals.

New Zealand made it all the way to 243 for 5 in 20 overs whilst the West Indies were left snorkelling at the bottom of the pond with 124 of 9 in 16.3 overs, what with Shai Hope unable to bat after having been injured while on fielding duty.

The West Indies truly gave it all they had, trying every which way to not end the series at a complete loss, but Munro was, as admitted by Windies captain Carlos Brathwaite, simply too good at what he was doing.

Speaking to the press after the final match, Brathwaite said that it was Munro who had taken the game away from the West Indies.  According to Brathwaite, the Windies had gotten away with some of their tactics, but most were thwarted by Munro.  The tactics were not executed quite as well as what Brathwaite would have hoped and Munro capitalised on the lack of execution and follow-through.

According to Munro it’s his hit and hope philosophy that ultimately sealed the deal on Wednesday.  The man of the series said that it was simply a matter of getting out there and swinging away straight away from ball one.

This strategy certainly has paid off for Munro, who managed to smash away at three fours as well as cracking a stunning ten sixes.

Munro said that it was all about the luck of getting off to a good start and then trying to carry the momentum onwards.  If it was a good night, it was a good night; if not, it was back to the drawing board to assess how things could be improved on the next time around.

A strategy which seems to be working well for Munro and the team.