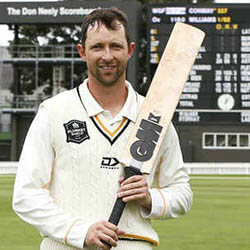 Devon Conway, the South African batsman and New Zealand domestic player named player of the year for the past two seasons in a row, says being selected to play for the Black Caps is never something to be taken for granted.

Conway on Tuesday got named part of the Black Caps side set to play against the West Indies in a total of three upcoming T20 matches. And while many viewed him to be an obvious choice for selection, the star batsman says he’s been careful to steer clear of selection-done-deal sort of thinking – even to the point of his being surprised and without words when the selection news finally arrived.

Conway and partner Kim more than three years ago moved from Johannesburg to Wellington in search of not only a better life but also real crack at international cricket selection. Now, three years and three months later, the star batsman is finally about to achieve everything he’s been dreaming of for so long a time.

Black Caps selector arrived bearing the good news at the Basin Reserve on Monday – sharing the good tidings with the South African immediately following his dismissal for 157 against Auckland. Following official selection, Devon Conway has been included in the 13-man squad about to represent New Zealand in T20 international cricket against the West Indies in Auckland. The star batsman will play a total of three matches wearing the Black Caps’ national attire.