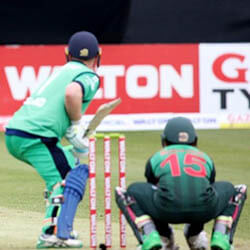 The Kiwi two-Test Cricket tour of Bangladesh has been deferred due to the novel coronavirus COVID-19 pandemic, with The Tigers’ tour of Sri Lanka also delayed. Bangladesh and The Black Caps were supposed to play in August and September 2020 but will no longer be doing so. The new dates have yet to be decided on.

Bangladesh’s Sri Lankan tour had three Test matches scheduled for July. International Cricket has been brought to a dead stop by the epidemic even though a West Indies team is in England at the moment, ahead of a three-Test competition starting next month.

Bangladesh Cricket Board Chief Executive Officer Nizam Uddin Chowdhury confirmed that the NZC tour has been called off over the weekend. He stated that the scenario presented by the pandemic puts the possibility of hosting a full Cricket in August this year in doubt and no chances will be taken with people’s health. He says that it is not just players who need to be considered, but related stakeholders and support staff as well.

Chowdhury said that, as things currently stand, the BCB and NZC have agreed that postponing the Series is the best option. He added that everyone is well aware of how disappointing this news will be for players, team officials, and fans, but that the rationale behind the decision is the only reasonable one.

Both of the deferred Series were supposed to be a part of the first-ever International Cricket Council World Championship.