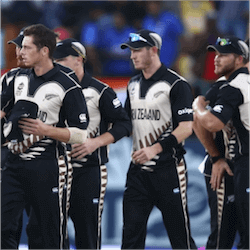 The Black Caps’ Twenty20 run is over for the summer and it didn’t end on quite the note that they were hoping for. Despite their having had a good run its hard to give them a whole-hearted thumbs up. Not because they didn’t keep going at it when the going got tough, but because we expected so much more from them.

It’s been a tumultuous run with a series win against the West Indies, a loss to Pakistan and a spectacular loss to Australia at Eden Park. Admittedly they did have a record 11 Twenty20 Internationals this season, but the question begs, will next season live up to the expectation created by this one? Hard to imagine when considering that the next One Day International World Cup is beckoning on the horizon.

The most difficult thing to decide is just how important the Black Caps’ Twenty20 performance is going to be going forward. That having been said, April’s Futures Tour Programme may shed light on the situation yet.

It must also be said that context is key here. Most of the players in the Australian squad did head into the tri-series on the back of having played a lot of T20 in the Big Bash League. This obviously made for a very well-oiled machine and clearly gave the Aussies a much-needed boost.

As for the Black Caps, they do not have the luxury of a Big Bash League. And perhaps, that’s a big part of the problem. Taylor, who tried his best to chase down a very elusive 150 in the final, said that he felt that the best team won, however much of a downer to be saying it out loud. He still believes that the Black Caps are a work in progress though. As far as Twenty20 goes, in any event. The question begs, a work in progress towards what?

Perhaps Taylor said it best when asked after the match whether he thought that New Zealand too, should have a Big Bash League of its own. Taylor replied that the question should be asked of the powers that be if a satisfying answer was to be had, but that he, for one, enjoyed following the coverage of the league on television.

Maybe that’s the big problem here: Australia is out there playing whilst the Black Caps are at home following the action on the telly.