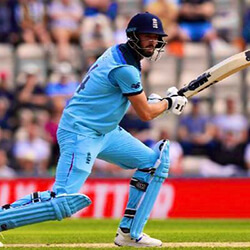 England’s James Vince gave his team the chance to begin their winter tour of New Zealand on a high note thanks to a seven wicket win in the first Twenty20 that took place in Christchurch. Vince struck a 59 off of 38 balls as England shot past the target of 154 with nine palls spare in Chris Silverwood’s first game as acting head coach. Ross Taylor claimed 44 in New Zealand’s total of 153-5, with Christ Jordan ending with 2-28 and Pat Brown making 1-30 in his debut game.

Vince had been the main source of frustration throughout his global career, and often received criticism for making good starts but not being able to properly convert them into scores that led to victory. With a number of key players missing the T20 series, such as Jos Buttler and Ben Stokes, Vince proved to be among those given a chance before the start of next year’s T20 World Cup, set to take place in Australia. The player reached his first T20 international half century from 33 balls, and it looked as though he would be leading England home as he hit Tim Southee for a straight six in the 15th over.

Despite his initial victory, and with 32 still needed to win, he chipped a full toss from Santner to Martin Guptill to end a 54 run partnership with captain Eoin Morgan. His dismissal raised New Zealand’s hopes, but Morgan remained to finish with six over mid wicket.