England vs. Sri Lanka: England Finishes With 31 Runs Ahead 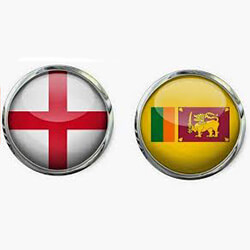 The second ODI match between England and Sri Lanka was dominated by the English, who were inspired by captain Eoin Morgan. The team beat Sri Lanka by 31 runs by DLS Method at the Rangiri Dambulla International Stadium. Rain played a major part in the match, much like in their first ODI, but it wasn’t enough to send both teams off the field.

Eoin Morgan and Joe Root proved to be the force pushing England forward as both post an above-par total of 278 runs. Morgan was the top-scorer for the game, having earned a total of 92 overs, earning him the man of the match award. At the first stage, the English were set to earn 300 runs, but Lasith Malinga managed to reduce the gap.

Sri Lanka, on the other hand, suffered a much harsher start with Chris Woakes claiming three wickets fairly early on. With support from Olly Stone, who had picked his maiden international wicket, Sri Lanka failed to make any meaningful headway during their time on the pitch.

With five down, and while being behind on the DLS, the Sri Lankan team had to stop playing early as drizzle slowly turned into much heavier rain, ending the game prematurely, but not before enough was played for a clear winner to be determined.

England now currently lead the five-match ODI series by 1-0, with their first match being cancelled due to severe weather.