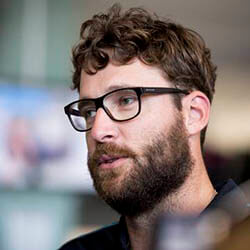 Daniel Vettori, one-time spinner for the Black Caps and current Spin Bowling Coach in Bangladesh, has donated his salary to the Cricket staff working for him there. The Kiwi, who many have described as having a heart of gold, donated a portion of his earnings to some of the staff who earn the least on his team.

Chief Executive Officer of Bangladesh Cricket Nizamuddin Chowdhury has confirmed that Vettori made the request in the wake of the novel coronavirus COVID-19 crisis. The 41-year old is said to be on an NZ$400 000 contract for 100 days to teach players the secrets to Spin Bowling. This would have taken him up to the Twenty20 World Cup in Australia, which may not happen this year after all. Bangladesh was hit hard by the pandemic, seeing 40 000+ infections and 500+ deaths. And its one of the many countries in the world where sport is facing utter desperation thanks to financial crises as a result of the lockdown measures to contain COVID-19.

Members of the Bangladesh Cricket team had all already donated cash to help fight off the pandemic and Akbar Ali, Captain of the Under-19s said he would be auctioning World Cup mementos for the cause. Neither Vettori nor anyone else has specified exactly how much the Coach has contributed.

Speaking to the Dhaka Prothom Alo newspaper in that country, Chowdhury simply stated that Vettori had pledged a percentage of his salary to the low-income staff of the Bangladesh Cricket Board.