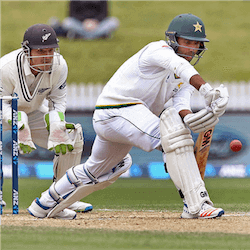 New Zealand will be missing out on the services of prized paceman Tim Southee during their first cricket test against the West Indies starting on Friday.  Southee will be sitting out due to the birth of his first child and will be replaced by Lockie Ferguson.  Selector Gavin Larsen spoke to the press saying that there were things more important than cricket and that Southee’s decision to spend time with his family enjoyed New Zealand cricket’s full support.

The West Indies have not won a test on New Zealand soil since 1995.

The Perks Of Being Well-Rested

New Zealand will be going into Friday’s test on a the back of an extended rest, having exited early from the Champion’s Trophy in June, followed by a short ODI and T20 test series against India in October of this year.

Going at it against the West Indies, against whom they have enjoyed a great deal of success, may be just what New Zealand needs to usher in the dawn of a new season.  The fact is that, despite West Indies having recently won a test in England as well as in Zimbabwe, they have a long way to go towards really catching up as far as test cricket is concerned.

The reason for this is that the West Indies test team is less experienced and less settled than their ODI and T20 counterparts.  The New Zealand group, on the other hand, is a well-balanced mix between experienced players and fresh young and upcoming talent.

The batting order goes to Tom Latham, Jeet Raval, Henry Nicholls, Kane Williamson and Ross Taylor.  The bowling work will be all up to Trent Boult, Neil Wagner, Matt Henry and Lokie Ferguson.  Tom Blundell will have the opportunity to show his worth as he makes his debut as wicket-keeper for New Zealand.

The only decided weak link in the squad is a second spinner who will be providing back-up for Mitchell Santner.  But then again, in the face of an inexperienced and largely rebuilding West Indies side, this should not prove to be too much of a problem.