Is the ICC Re-Inventing the Cricket Wheel? 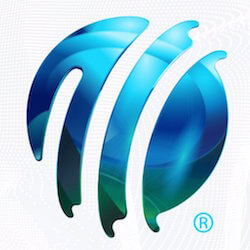 The ICC is breaking Test Cricket.  This is the opinion of those who rally in support of traditional cricket formats and more importantly, those who support the notion of more cricket, less building of a brand.  The ICC convened in Auckland last week to discuss the way forward on many issues that have been circling the sport in a very vulture-like manner.  Quite apt too, considering that the ICC is moving in the direction of killing off traditional formats for good.

The powers that be are making these and other unpopular decisions under the banner of saving the game, but many agree that this is simply code for less cricket, more money-making.  Cricket Australia CEO James Sutherland is one of the key role-players rallying in support of fewer Test and One Day matches.

The move to shave a day off the traditional 5-day test match was another hot topic of discussion.  The ICC seems to be saying, we respect cricket but not the very traditions that it is founded on and has been for the last couple of centuries.

Part of the new context for 4-day test cricket is the implementation of a points system.  This is bound to force many changes down on the way that cricket is currently being played.  Players and teams will have to employ a more aggressive approach to game day and the way that the ball is being played in general.

The ultimate aim is to re-establish at least 3 thriving formats of cricket.  A daunting challenge especially when considering cricket’s struggle to sell itself to younger players.  Younger players are being taught to play a very instant form of cricket, smashing away at the ball from every angle with fat bats and little aim.  Rhythm and swing and the true art behind the form seems to have gone completely lost in translation in the bid to turn cricket into a liquid asset that may be spent however the ICC sees fit.

There’s no denying that all the right sounds are being made by the ICC.  The endeavour to save test cricket and even to streamline its profitability is all very necessary, but at what ultimate cost to the game itself?

More T20 and fewer test matches certainly is where the money is at, but at the end of the day this must not be the only question that matters.