India Runs Away With Black Caps In T20 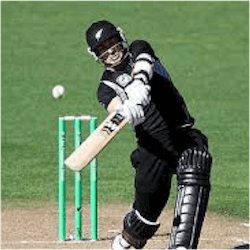 Yet another series has hit the dust real hard and real fast for the Black Caps.  India on Tuesday stuck it to the Caps by winning a considerably shortened T20 decider by 6 runs.  This is India’s second 2-1 series victory over New Zealand on the limited overs tour, certainly not what the Black Caps would describe as having had a nice time.

Coming up short 61 for 6 isn’t exactly a roaring loss either, but in the greater scheme of things it does prove problematic.  The steady rain didn’t do much for the promotion of a positive outcome either.  That being said, India’s bowlers excelled on the sleek and slippery pitch, which made stellar shot-making all that more impossible for New Zealand.

In fact, New Zealand’s batsmen struggled to make much headway at all.  Black Caps captain Kane Williamson was run out by a very pointed and direct hit from Hardik Pandya.  Glenn Phillips didn’t have much better luck either, briefly keeping the hope alive of reaching 11 before blundering out.  Colin de Grandhomme made a truly valiant effort of it too, but ended up being finished off on 17 off 10 balls.

It would not be fair to imply that the batting problems lay at the feet of the New Zealand batsmen only as India had to fight their way towards the 67 for 5 that ultimately proved to be on the cards for them.

The most valuable contributions came from captain Virat Kohli (13 off of 6 balls), Manish Pandey (17 off of 11 balls) and Hardik Pandya (14 not out off of 10 balls.).  The pitch didn’t make things easy, not for the Caps or for India.  Spinner Mitchell Santner’s first attempt did a nasty on the moist greenery, with the ball twisting and turning in the thickery and taking a chunk out along with it.

Trent Boult didn’t take very long to find his swing either, bowling impressively and Tim Southee did his thing in his own way with his signature slower style, nabbing two wickets in the process.

Speaking to the press after the match, captain Kane Williamson said that it had been hard to predict the kind of score that would play out and be delivered by the pitch in its particular condition, but that it had ended up very much as expected.   He said that India certainly deserved to win the series, and that credit had to be given when due, but that he believed that it had essentially come down to the last couple of deliveries.