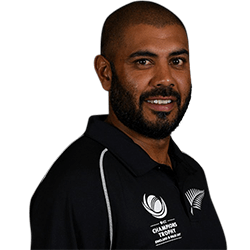 England’s spinners will have the advantage of drawing on the experience of local knowledge in New Zealand after the announcement that Jeetan Patel, former international captain of Warwickshire would be hired in a short term coaching deal. Patel, who has been capped 78 times by New Zealand across all formats, and who is the leading spinner in country cricket for the last 10 years, will be joining Chris Silverwood’s coaching team for their five match Twenty20 series that is set to start in Christchurch at the beginning of November.

Saqlain Mushtaq was the original spin bowling coach for England, and had worked extensively with the senior side, the Lions and the under 19s for 100 days per year. As of yet, it’s not fully understood why the former Pakistan spinner’s contract has not been set for renewal. Ashley Giles, who is the director of English cricket, knows Patel from his time spent at Warwickshire, where he was first head coach of the side that claimed victory in Division One in 2012.

An off spinner by trade, 39-year-old Patel will be working with two leggies in uncapped Matt Parkinson and Adil Rashid. Moeen Ali, who is currently on an agreed break from Test games, is also rested for the final leg of the tournament. Patel has said that he is keen to begin coaching after he calls time on his professional career, and has been given dispensation from New Zealand and Wellington to miss Plunket Shield matches.