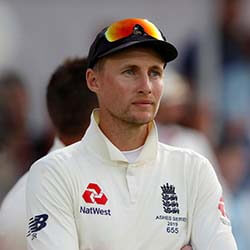 England Test captain Joe Root is calling on the imposition of sanctions on countries found guilty of having produced sub-standard pitches. Root raised the issue after India secured the fastest Test victory scored by any side since 1935 on the second day of play at Ahmedabad.

The issue had been the turn and bounce conditions on the Narendra Modi Stadium pitch, which saw an incredible seven wickets fall in a matter of only five hours. Narendra Modi has been described by former England skipper Michael Vaughan as a “lottery” and a gamble, while Sir Alastair Cook described it to be nearly impossible to bat on.

The most recent test between the two sides also marked the first time in nearly 21 years a Test had finished within only two days, with thirty wickets dropped for just 387 runs over the course of the match.

Root did however admit that his side had made a mistake in selecting only a single spinner and a limiting four-man seam attack. He also added that if England’s Test side is going to grow as a team and in such a way that they’re able to compete against any opponent, and anywhere in the world, they’re going to have to get accustomed to scoring big runs in a consistent way, as well as bowling strong on good surfaces.

India skipper Virat Kohli, for his part, didn’t appear to see anything wrong with the pitch, and instead, blamed the unusual progression of the Test on a general “lack of application” from the English and Indian sides.