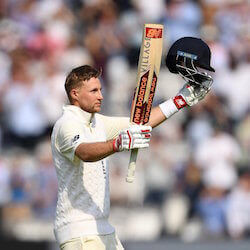 English captain Joe Root has announced that he would be heading home instead of participating in England’s Twenty20 series against Australia and New Zealand.  Root had initially intended to play in all formats during the winter months, but has retired home in order to rest.  Root will miss out on the Twenty20 series which kicks off on February 7th , but will return to compete in the One Day series in New Zealand.

Root has said that the main reason for the decision to take a rest was the concerns of coach Trevor Bayliss, who was apparently very mindful of the fact that it would be a very long summer and that there was a lot of cricket to be played.

Root said that despite his disappointment at missing out, it was sometimes necessary to consider the bigger picture instead of just looking at the disappointment of the now.

Ben Stokes To Miss Out On First Twenty20 Match

Meanwhile, despite his excitement of being able to wear the English colours once more, Ben Stokes has decided not to join up with his team-mates for the Twenty20 series in New Zealand just yet and will effectively miss out on the first match as it will be played on the same day as his court appearance at the Bristol Magistrate’s Court on February 13th.

Stokes has said that it did not feel right to be joining his teammates until after his appearance.  Stokes intends to contest the charge of affray that has been brought against him after an incident outside of a Bristol night club in September of last year.  Despite the ensuing drama, Stokes was cleared to play during last week by the English and Wales Cricket Board (ECB).

Stokes missed out on the entire Ashes Series, cited by many as one of the prime reasons for England having lost so dismally, and has also not been able to compete in the ongoing limited-overs series against Australia.  He was however permitted by the ECB to commence playing domestic cricket in New Zealand over December, which he duly did.

His return to playing for England will most likely now be for the T20 match against New Zealand in Hamilton on February 18th.  Coach Trevor Bayliss said recently that Stokes was ready and rearing to go and that his teammates were looking forward to welcome him back to the squad.