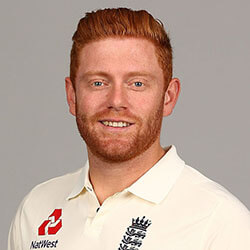 Jonny Bairstow claimed 98 from 112 balls as the English team put together 379-10 on day one of their final warm-up game before the Test series in which they are set to face the West Indies.

Bairstow, who made four in the opening tour, knocked 10 fours and two sixes batting for three against Cricket West Indie President’s XI in Barbados. He shared 118 along with Rory Burns, who himself scored 86, and Adil Rashid earned 48.

The rules of the 12-a-side match allow teams to carry on batting after the 10th wicket has fallen. The firs Test will be played at the Kensington Oval in Barbados and will take place at the end of January.

Captain Joe Buttler, Keaton Jennings, and Moeen Ali all failed to make it to double figures as the English side slipped to 228-6, but a 47 and 43 respectively from Sam Curran and Chris Woaks helped the team add a useful lower-order set of runs, which was aided by Raish. England decided not to make use of all-rounder Ben Stokes, and are going to give their bowlers a day for preparations before the start of their first official game.

Bairstow claimed a century after his return from an injury that he received in the Final Test that was played in Sri Lanka in November last year. He’s mostly recovered, and is now aiming to continue at number three for the three-Test series against the West Indies side.