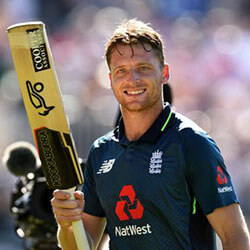 Chris Gayle claimed an incredible 162 as their opponents the West Indies fell short of a famous one day international win against Jos Buttler’s England while playing in Grenada.  The hosts had almost chased down the visitor’s 418-6, with Buttler hitting 150 off of 77 balls, but the tourists managed to hold on to their lead for a 29 run lead as leg spinner Adil Rashid claimed four wickets in the 28th over.

For most of the West Indies’ chase, it appeared as though Gayle would be able to push them to victory, with their opener smashing 14 sixes in a memorable knock. Their hopes for a historic win were dashed when Ben Stokes dismissed Gayle with 16 overs remaining in the match, but Ashley Nurse and Carlos Brathwaite continued the attack with a partnership that accumulated 88.

West Indies needed 32 runs from 18 balls from the start of the 28th over, but Rashid managed to take both Brathwaite and Nurse off of the pitch before he took the last two wickets. Buttler, earlier in the game, had scored his highest ODI yet with 12 sixes and 14 fours, while captain Eoin Morgan made 103 himself. The duo shared an otherwise brutal partnership of 2014 from 124 delivers, while allowed England to take their third-highest ODI total yet: 154 runs in the final 10 overs. The win means England is now 2-1 up in the five match series, and one game remains.