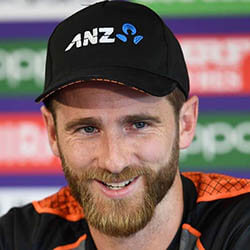 Black Caps skipper Kane Williamson is officially out of the second cricket Test between New Zealand and the West Indies.

New Zealand coach Gary Stead only hours after confirming that Williamson would take his place at the top of the Kiwi side’s playing eleven did a U-turn by advising that he will in fact not be participating in Wellington Basin Reserve match. Instead, Williamson has boarded a plane back home to Tauranga, where he will be spending his time supporting wife Sarah who is expecting the couple’s first child and is due to give birth between the middle and the end of December.

Williamson’s sudden departure means Will Young will be making a return to Wellington for his second Test batting at No. 3, and with Tom Blundell about to turn opener. Batting at No. 6 will be wicketkeeper BJ Watling following his return from a hamstring injury.

Since Tom Latham has been confirmed as the replacement skipper set to step into Williamson’s shoes, the only decision remaining as of yet unannounced is that of who it will be occupying the final spot between Daryl Mitchell and Mitchell Santner.

Jason Holder and his West Indies side have in the meantime been busy battling their own demons – mostly of the injury variety. Both wicketkeeper Shane Dowrich and opening bowler Kemar Roach are due to return back home – Dowrich because of injury, and Roach following the news of the death of his father. Also recently sidelined due to injury are Shimron Hetmyer and Keemo Paul.