Kiwi Players Happy To Remain In IPL For Now 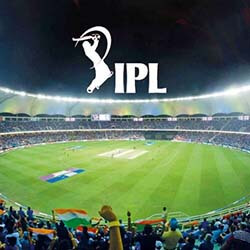 Although obviously concerned about everything happening around them in India, New Zealand Cricket Players Association chief executive Heath Mills has said Kiwis competing in the country in this year’s Indian Premier League tournament feel safe in their respective IPL bubbles.

Although the New Zealanders competing in this year’s most cash-rich competition on the planet are reportedly anxious about the situation, and especially when having to travel between cities, Mills said none have any plans of leaving India and the competition early yet. He said the players have reported feeling well looked-after by their respective IPL franchises.

The challenge is of course not as much when bubbled down in their hotels – there are four teams hunkered down in each of the locked-down hotels – but instead when having to travel between cities. It is at this point that players are required to wear personal protective gear, and also when they’re most likely at risk of infection.

Three Australian players competing in this year’s IPL have left the competition as infections continue to climb to disastrous levels in India. Aussies Adam Zampa, Kane Richardson, and Andrew Tye have are all headed back home, while Ravi Ashwin of the Delhi Capitals has interrupted his IPL run this year to spend more time at home with his family.

The logistics around getting players out of India to return back home to New Zealand would be a humungous challenge, said Mills earlier this week, especially given the current travel restrictions in place between the two countries.