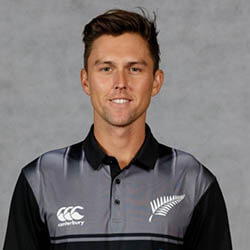 Black Caps bowling powerhouse Trent Boult was on Thursday seen playing a central and instrumental role in helping the Mumbai Indians reach the final of the 2020 Indian Premier League currently in its final throes in the UAE.

The Mumbai Indians practically ran circles around the Delhi Capitals as they forged their way towards a 57-run Qualifier 1 win. A strong and solid performance from Boult ultimately saw the Kiwi cricketer take two key wickets during his opener over. Boult, interestingly enough, only got traded to the defending champions at the start of the season during the annual IPL auctions – having previously played for the Delhi Capitals.

The Kiwi on November 5 helped catapult his IPL franchise to a final that could very well become the fifth IPL title taken home by one of the most successful teams in the history of the cash-rich competition.

Delhi Capitals will have one more chance to make their way into this year’s final. Their lot will be decided by the outcome of a match remaining to be played against either Royal Challengers Bangalore or Sunrisers Hyderabad.