Latham’s Off the Field With a Broken Finger 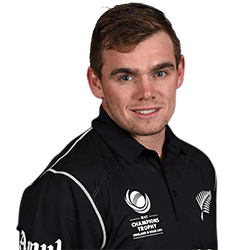 Tom Latham’s finger got broken during the Black Caps’ third Test in Sydney and he is now the latest entry on the ever-lengthening list of New Zealand’s walking wounded on this seemingly cursed Australian tour.

Latham is just one of three other players who have been injured on this circuit. Trent Boult, the opening bowler for the Black Caps, sustained a fracture to his right hand during the team’s second Test in Melbourne on the 28th of last month. Then Matt Henry replaced Boult for the third game at the Sydney Cricket Ground but smashed his left thumb while fielding early on in the first day, on January 3rd. And this was after fast bowler Lockie Ferguson went down for the count on December 13th, with calf strain after bowling just 11 overs during the first Test in Perth.

The 27-year old wicket-keeper, who has been leading the team since Kane Williamson took ill in the 279-run loss that concluded the Cricket team’s whitewash by the Australiana, is likely to be out of the game for at least four weeks. He won’t be able to play for New Zealand when we host Indian All-Blues later this month in a planned Twenty20 series, but it’s likely that he wouldn’t have appeared even if he hadn’t hurt himself. He hasn’t played a T20 International since 2017. The team has let it be known, however, that he will be back in the saddle for the three-match One-Day series that begins early in February.