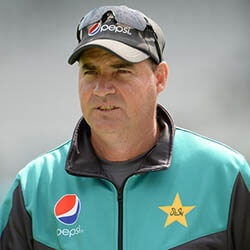 South African Mickey Arthur has recently landed a new coaching job with the Central Stags in New Zealand. Arthur will be coaching the stags for the upcoming Super Smash T20 competition. It’s the first coaching gig for the 51 year old since he worked as a coach in Pakistan, and did not renew any contracts after the end of the Cricket World Cup. Pakistan had lost to their arch rivals India during the World Cup that took place in England, but did finish with a record of five wins from nine matches, which included a rained out game. They had scored 11 points, and were narrowly beaten to the semi-finals by New Zealand.

Arthur had requested a two-year contract extension with Pakistan, and was not happy when it was not renewed. He told reporters that he was extremely disappointed and hurt that the Pakistan Cricket Board would not renew his contract, and that he had done his best to try and lift Pakistan cricket.

The coach, who once led South Africa and Australia, will now be taking charge of the defending champions for New Zealand’s domestic T20 competition that’s set to take place in December. He stated that he is looking forward to joining up with the team at Central Districts, and that he has always admired New Zealand cricket, and that it will be exciting to be working in the system, He added that it was a great opportunity for him to contribute to Kiwi cricketers.