Miles Spared Conviction to Save Career 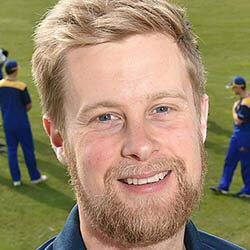 A National Cricket Coach has managed to dodge being convicted on a drunk driving charge despite being almost four times over the legal limit when he was caught.

Adam Miles is an Assistant Coach for New Zealand’s Under-19s and also supervises the Otago Age-Group side. He has only been back in the country for a few days after his team made the semifinals at the Under-19 Cricket World Cup which recently took place in South Africa.

He persuaded the Dunedin District Court that this kind of black mark on his name would severely limit his future in the world of sports, inhibit his bid for residency in the country, and restrict his ability to study.

Just three months ago Miles’ career was almost ruined. After attending a function for work he went for drinks at the Forsyth Barr Stadium, where a craft beer festival was being held, and then got stopped at a Wharf Street police checkpoint.

He claimed that he’d had four pints and had only decided to drive home because he needed to collect his girlfriend from the airport the next day. He said it was a spontaneous decision made after he seriously considered walking home or hopping on a scooter. A breath test gave a reading of 918mcg, with the legal limit being 250mcg.

Although Community Magistrate Simon Heal chided Miles, saying that he posed a significant danger to himself and those around him, he was not convicted. This is almost certainly due to the coach’s lawyer effectively arguing what a massive impact a conviction of this kind would have on his client’s career.