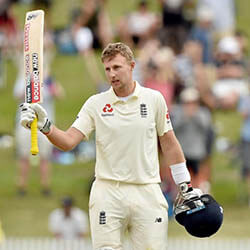 New Zealand claimed a 1-0 series victory against England as centuries from Ross Taylor and Kane Williamson helped them secure a draw for the second test that took place in Hamilton. Captain Williamson had earned an unbeaten 104, while Taylor’s 105 not out gave New Zealand the chance to take the lead with 241-2, which was a lead of 140, before heavy rains saw the match come to an early end. England was not able to take a single wicket in the 41 overs that took place over the course of the day. The visitors, who had lost the first Test by an innings in 64 runs, have not won a single match in New Zealand since 2008.

Although England, who are now under new coach Chris Silverwood, had won the Twenty20 series that came before the Tests, they had ended the year without a Test series win for the first time in 20 years. England are set to travel to South Africa for their upcoming four Test series that will be starting at the end of December.

The two match series is not part of the Test World Championship, and despite England being third in the International Cricket Council Ratings, many are upset as they have only seen four victories from their 11 Tests so far this year. The team had begun the season saying that they would be more patient with the bat, and their claims could be proven against South Africa.