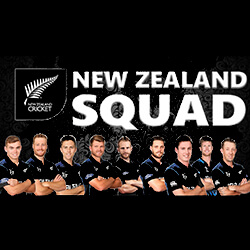 New Zealand has become the first country to announce their official squad for the upcoming 2019 World Cup set to take place in England and Wales. 28 year old Kane Williamson has been named as captain for the 15 man squad of Black Caps who were last beaten by Australia in the final of the 2015 World Cup.

Wicketkeeper Tom Blundell, also 28, was a surprise selection to many after not having played a one-day international, and only making it into two Test and three Twenty20 matches in recent years. The World Cup will be starting with England taking on South Africa at the end of May.

New Zealand is preparing to start their own campaign against Sri Lanka in early June, where they will be playing in Cardiff. 35 year old Batsman Ross Taylor will become the seventh New Zealand of all time to play at four World Cups, while Williams, opener Martin Guptil, and fast bowler Time Southee due to appear in their third. Ish Sodhi has been the preferred player to Todd Astle as their leg spinner, while Blundell is set to remain as reserve keeper behind main keeper Tom Latham.