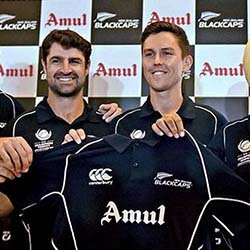 31-year old Tim Southee, the Black Caps bowler, has beat out stiff competition from his teammates thanks to the consistency he has shown across all three Cricket formats. That is why he has been recognised as the Best Male Player for New Zealand for the second time and also been given the Players’ Cap Award. He joins the ranks of Kane Williamson and Ross Taylor as Cricket players who have won the top award more than once.

White Ferns captain Sophie Devine took the Cricket Players’ Association Players’ Award for the third time in a row, just a few short months after her taking over as leader for the team in January. She was also named as the White Ferns’ Best in the T20 International format and also took the NZ Best Player in the South African Tour of New Zealand. Devine has scored 429 runs at an average of 71.50 across eight T20 Internationals over the 2019/20 season, taking seven wickets at an average of 21.14.

Suzie Bates took home the Best in One-Day-Internationals award and Haley Jensen was named Best Player at the T20 World Cup in Australia earlier on in 2020.