New Zealand Weighing Up Against Playing in Pakistan 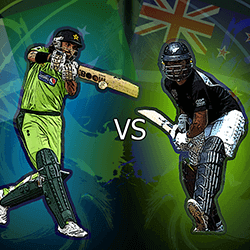 New Zealand has recently announced their indecision whether to play in Pakistan for the first time in 15 years. This is despite an invitation to play in the country from Pakistan’s cricket board.

“At the moment, NZC is doing due diligence on the request and consulting with security providers, the government, and the players. We will respond to the PCB when this process has been completed,” the chairman went on to say.

Pakistan has not seen much cricket action since the 2009 attacks on the bus transporting the Sri Lanka team in Lahore. The attack saw the injury of six players and a British coach, as well as the deaths of eight Pakistanis.

New Zealand was forced to abandon their test tour in Pakistan in 2002 after a bomb exploded not far from their Karachi hotel. They returned a year later to play an ODI series, but haven’t been back since.

Pakistan has also approached Australia hoping to bring the more cricket back into the country, and Cricket Australia has since told reporters, “The safety and security of Australian players is our number one priority. From an Australian team perspective, we are not contemplating moving our current bilateral-tour arrangements from taking on Pakistan in the Middle East, when they host the next series.”