NZ Cricket Must Make Sure Williamson Doesn’t Burn Out 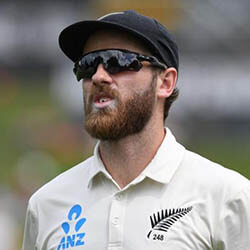 Things are taking a worrying turn as Kane Williamson and his Black Caps keep falling short in Australia. Making them even more alarming are the concerns currently rising about how well the Kiwi superstar is handling his captaincy.

Brendon McCullum is close with Williamson and has expressed doubts as to whether his friend is enjoying his position as much as he previously has. Ian Smith, who spends a lot of time around the team, has added to the hue and cry, saying that he is anxious about the player’s overall health.

The role of a Cricket captain is an incredibly demanding one due to the sheer length of each game and the endless twists and turns that require quick decisions by the skipper. That in and of its own is a mental and emotional drain, but when you are also the squad’s best batsman, your responsibilities are that much greater.

McCullum, one of Williamson’s greatest supporters, has commented that his pal seems to be reluctant to take the lead sometimes recently but says he is lately also sensing that something deeper is wrong. He is adamant that the Black Caps need to deal with it before it becomes unfixable.

The team’s progress under Williamson’s captaincy has been too good to let it implode, and his excellent batting skills are too valuable to allow them to be eroded by extraneous issues. What is important is what happens after this tour has come to an end.