Read All About The ICC Women’s World Cup 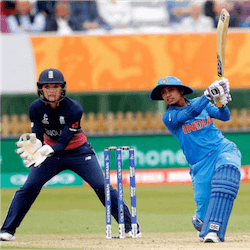 All things considered, New Zealand really was off to a wobbly start at the 2017 ICC Women’s World Cup.  Playing Sri-Lanka in Bristol in the first match of the tournament on June 24, they could not help but wonder if their historical dominance over Sri-Lanka had come to an abrupt and unpleasant end.

Surprisingly enough, it was Holly Huddleston who managed to swing the match back into New Zealand’s favour.   Surprising as Huddleston had not played for New Zealand between September 2014 and October 2016 at all  – quite a lengthy sabbatical.  When questioned about the incredible come-back, Huddleson put it all down to fitness.  She also went on to credit coach Sanjay Patel for breathing the life back into her bowling style, thereby securing her re-instatement with the White Ferns.

Huddleston made her debut World Cup appearance an especially memorable one by mastering a five-wicket haul – effectively putting the team back into the running for winning the match.

Sri-Lanka captain Ranaweera admitted that her team had many a loophole to tie together and close, after a less than favourable performance as far as batting, bowling and fielding were concerned.

After a no-ball-bowled abandoned match against South Africa at Derby on 28 June, team New Zealand is up against the West Indies at Taunton on July 6.

What To Expect From West Indies

New Zealand has little to be concerned about if the match between West Indies and South Africa on July 2 is anything to go by.  South Africa all but bulldozed the West Indies team, beating them by an earth shattering 10 wickets.

West Indies has lost all three of their matches so far.

West Indies is not the only team to be nursing its wounds in the run-up to the July 6 game – with New Zealand also having lost their previous match, played against Australia.  New Zealand has a whole lot more riding on the July 6 match – with a win being imperative if the team is to progress to the semi-finals.

Despite three consecutive losses, West Indies captain Stafanie Taylor seems positive yet, proclaiming that the team is in good spirits as a result of mostly hitting it good into the nets – an indication that there isn’t much amiss with the team skills-wise (according to Taylor, at any rate).

Windies coach Vasbert Drakes shares the West Indies captain’s sentiments about the team’s latent skills and is feeling cautiously hopeful, as there is a lot of cricket yet to be played.