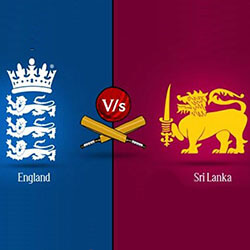 England are preparing for their One Day international series against Sri Lanka, not long after having beaten Australia earlier in the year in the 50 over format, before once again beating World Cup favourites India, and wrapping up an extremely impressive season.

Despite their current status, their record against Sri Lanka is less than impressive, having won just six times in 21 games, and if they hope to improve their reputation as a top squad ahead of the World Cup, where they currently 3.75 to win, the team will need to overcome their problems against the spin.

The team earned most of their victories in 2018 due to their quick wickets which played out in typical English conditions, they can start looking forward to instead playing on much slower, spin-friendly surfaces which has been the downfall of plenty of English batsmen over the years.

When the squad was last in Sri Lanka, they played a seven-game ODI series, and their frailties were highlighted due to a 5-2 defeat, which meant the end of England skipper Alastair Cook. Cook was soon replaced by Eoin Morgan as the white ball captain as the team got ready for the World Cup, which saw them face Australia and New Zealand.

The change of leadership did little to make a difference, and England went out having failed to leave the group stage of, but their recent tournament has seen Morgan’s team make series headway into the number one-ranked side in the world.