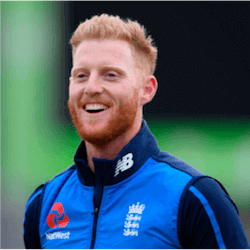 England all-rounder Ben Stokes has made a very obvious statement on Thursday when he hit seven 6’s in a 47 balls innings of 93 for Canterbury province in the T20 match against Otago province.  Stokes is obviously more than ready for a recall to the England test team currently involved in the Third Test of the Ashes Series, after having been banned from playing for England following an incident at a nightclub in Bristol, in September.

Stokes also clobbered up six fours on his way to half a century from 29 balls.  Stokes’ performance translates to almost 2 runs per ball.

Stokes has been signed by Canterbury province on a short-term contract after having been banned from playing for England, pending further investigation into the Bristol incident.  Stokes initially battled to get going for Canterbury, scoring a meagre 36 runs in three One-Day matches.

Meanwhile, the international cricket world is still rearing as a result of the recent allegations that parts of the Ashes Series had been affected by match fixing.  The allegations involved accusations that bookmakers had a line on fixed periods of play, enabling those who bet on that particular line to win big in illegal bets.

James Sutherland has in the interim met with International Cricket Council investigator Alex Marshall and has pledged his full support regarding any formal or informal investigations into the allegations.

James Sutherland Ever The Sceptic

Cricket Australia has also compiled a blacklist of those suspected of having been involved with match fixing over the last three summer seasons.  World of the blacklist spread like wild fire on Wednesday shortly after the story regarding the alleged rigging of the Third Ashes Test broke.

James Sutherland has said that he thought it ludicrous that high-earning players such as those competing for Australia and England in the Ashes Test Series would risk their careers in order to fix a single match.

He said that Cricket Australia had every confidence in each of their players and that to him (Sutherland) the idea of match fixing in the current Ashes Series seemed completely preposterous.

Players have every opportunity to report any suspected misconduct by other players or management on a completely anonymous basis.

The investigations into the allegations are currently still ongoing.