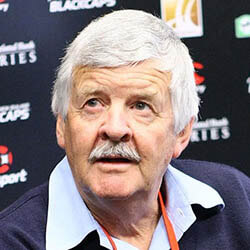 Glenn Turner, arguably one of the finest batsmen to ever come out of New Zealand, feels that Twenty20s are pushing more significant forms of Cricket into the background.

He says that the shift of power from the Board to high-profile players has hurt the game and that it now seems to be run by a few senior powerhouse athletes, to its detriment. He feels that the break enforced on the sport due to the novel coronavirus COVID-19 pandemic is a great time to reevaluate where we’re headed.

The 72-year old, also a former Chairman of the NZ Selection Panel, believes that administrators have strayed too far down the path of capitalism and it’s now a case of who’s got the money. He compared the shortened format to fast food, saying that occasionally enjoying the latter shouldn’t mean there’s no way to enjoy fine dining now and then!

His new book, authored alongside Lynn McConnell, argues that we should be using the lockdown to reassess Cricket’s future, saying that huge amounts of money are going to the top end just like it is in the rest of society and this tendency should be curbed. He feels that a few players are getting the best of everything and the group just below them is struggling and we should put a stop to this sooner rather than later.

He disagrees with the current policy of players receiving 12-month retainers whilst remaining free to sign other contracts as they wish to without putting NZ first.