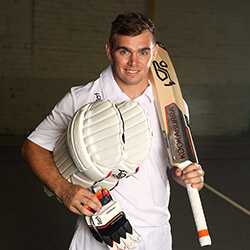 The Redpath Cup for 2020 was taken home by Opener Tom Latham, breaking a seven-year streak in which this trophy was won by either Ross Taylor or Kane Williamson. This is the first time Latham’s won the annual award and did so in recognition of his scoring 608 runs in nine tests with an average of 40.53. His best innings was the 154 he saw in Colombo in August 2019 against Sri Lanka which helped us win the second Test and level the two-match Series out.

Latham was chosen as an Opener in the International Cricket Council’s World Test Team for 2019. Gary Stead, Coach for New Zealand, was quoted as saying that the team faced some of the finest bowling attacks in the world this season and Latham helped them mitigate the damage.

Tim Southee won the Windsor Cup as the best bowler in the country for the first time since 2014. Either Neil Wagner or Trent Boult have taken it home over the last five years. Southee took 40 wickets, averaging 21.47 during the periods overseen by the awards. He contributed to Test Match wins over India in Christchurch and Wellington, England in Mount Maunganui, and Sri Lanka in Colombo.

Stead said that he was very pleased by how the Baggy Greens had performed in terms of Test Cricket at home this summer. He said that beating England first up is a feather in the team’s cap and the fact that they performed so well against the incredible Men in Blue.