West Indies Back On The Steady Rise 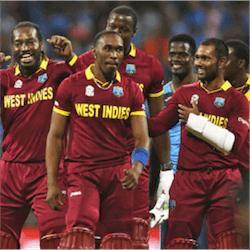 A Return To Glory Visible On The Windies Horizon

There was a time when the West Indies were beyond reproach, smoothly moving in, taking the lead, making the win and rolling back out.  This is definitely a time past and the situation is no longer the way it was.  However, many believe that a time of glory may very well be making a return for the Windies side.  This all ahead of the upcoming first test against New Zealand at the Basin Reserve.

In fact, West Indies have been experiencing rather lean times ever since the 90’s.  The performance and morale sank so low at a stage that fans were left wondering whether the once majestic cricket region and brand would simply sink so low that it would fade away and ultimately disappear completely.

A recent swing in results – albeit mainly T20 – has brought a new set of life lessons to the Windies table.  It’s almost as if a new era had to show up and show the squad what they had been missing all along.  Cricket greats have tried and advised and failed to make any difference to the match outcomes, but it seems as if a couple of positive outcomes would succeed where all else had failed.

It all started with the West Indies having won world T20 championships in 2012 and 2016, after which various test victories followed too.  Windies captain Jason Holder is feeling optimistic that things have taken turn for the better, despite the fact that the former glory squad of cricket have had to go through a strenuous decider in order to qualify for the 2019 World Cup in England.

The extreme turn-around is part thanks to upcoming new talent in the squad.  The recent victory over Leeds being excellent case in that particular point.  Holder is careful to lean too much on past victories, though.  He is very much focused on what the future holds and how to create a sustainable winning formula going forward.

Words of wisdom considering that the last West Indies victory was at the Basin back in 1995.

Holder seems especially impressed by the Windies’ young batting group, especially fast-bowler Shannon Gabriel.  Holder has said that he respects the youngster not only for his bowling prowess, but also for his work ethics.

What excites him more than anything else is the fact that there is a keen interest in the possibility of playing for the Windies once more, something that just hasn’t been there for the longest time.