Windies Done And Dusted, Pakistan Next Up 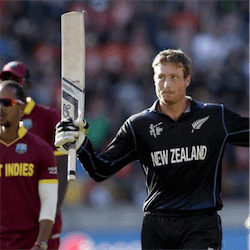 Bring It On, Pakistan

It’s easy to become over-confident.  Especially when your very recent winning streak includes having walloped the West Indies in a clean sweep without so much as raising a brow or breaking a sweat under your risen brow.

Over-confidence has a way of biting you on the behind when you least expect it though, particularly when going up against a squad like Pakistan, fresh off of winning the ICC Champions Trophy.  Not to mention that Pakistan are currently riding the ego-boosting wave of a nine-match winning streak.

New Zealand coach Mike Hesson has issued a stern warning to his team, saying that he is very weary of Pakistan’s bowling attack, and that they were probably the best bowling attack in the world at the moment.  Hesson went on to say that it was the variety that scared him most as Pakistan simply had it all in their arsenal: finger spinners, wrist spinners and left as well as right arm quicks.

A decided positive is that they will have to adapt to New Zealand’s unique weather conditions.  Rapidly changing rain conditions that literally change over-night coupled with strong winds will without a doubt be giving batsmen Fakhar Zaman, Azhar Ali and Babar Azam a swift and nervous run for their money.

Fakhar To Face New Zealand Extremes For The First Time

Fakhar Zaman, especially, will most probably be having the most trying time of it, having never travelled to New Zealand or faced the moody weather conditions before.  Fakhar averages in at 44.44 from nine One Day Internationals, but with the added elements of the treacherous weather conditions, may find himself facing a different type of ball game altogether.

Hesson’s advice to the squad is to pick their moments with care.  He said on Thursday that it was important in any match to use your bouncer to full advantage, but that bowling well went a very long way too.

He said that he thought that both sides, New Zealand as well as Pakistan, had some decided quicks and that he felt confident that there would be some good grass on the wicket.  Good grass that would benefit each side equally.

The absence of the injured Junaid Khan, Usman Shinwari and Imad Wasim will no doubt go some ways towards providing New Zealand with an advantage.  Pakistan will however be looking to keep their World Cup dream alive and will certainly not go down without a fight.