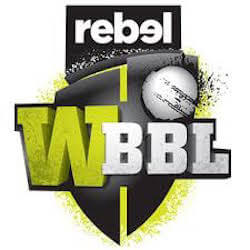 This year’s Women’s Big Bash League is expected to trump all others, with the number of matches having been increased from 32 regular season matches to a total of 40 matches.  What this means is that each BBL 07 side will play a total of 10 games during the regular season, 2 up from the 8 that was previously played.

The 2017/2018 season will be the third instalment of the T20 semi-professional domestic cricket series in Australia, with Sydney Sixers currently the defending champions.

The Year Of The Rookies

The ICC recently announced the next intake of the ICC Rookie Placement Programme in Dubai.  The programme is run in collaboration with Cricket Australia with the aim to invest in the development of new players by means of the Women’s Big Bash League.  Eight players from five of the ICC participating member countries will be heading to Australia in order to join one of the Women’s Big Bash League clubs.

The player placement programme spans over a period of two weeks and will afford new players the opportunity to experience what it’s like to compete in a professional cricket environment.  This makes for highly valuable exposure and experience.  The programme also includes high intensity training sessions.

Holly Colvin, ICC’s Women Cricket Officer, has stressed the importance of programmes such as the Rookie Placement Programme, saying that events like the Women’s Big Bash League proved to be of irreplaceable value for the development of new, young players and by default, the sport in general.

It stands to reason as players are able to train alongside professional cricket players, which has historically proved effective in the acceleration of players’ overall development.  Colvin has also stressed that this serves to really boost the development of the game of cricket the world over.

Colvin went on to say that women’s cricket across the globe is currently in a crucial stage of development, a development boom as it were and that non-traditional cricket playing countries were also starting to become involved.  This bodes well for the future and overall development of especially women in the sport and the Women’s Big Bash League stands at the centre of this development.

Last year stands out as a prime example of what the involvement in a world class competition can ultimately mean for a player, when Ireland’s Kim Garth became the first rookie to end up playing for the winning Sydney Sixers side.