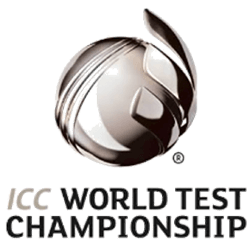 The world is still coming to terms with the recent announcement of the ICC World Test Championship. The winners are set to take home $2.24 million while the runner-up is set to receive $1.12 million. This is a lot less than what other major trophy winners receive and has led audiences to believe that the tournament is not nearly as prestigious as it seems.

Looking back at England’s 2019 ODI World Cup win, the team took home $5.6m while New Zealand only pocketed half that amount. Fast forward to 2021, and the winning team in the Indian Premier League was set to take home $4.2 million which is double that of the World Test Championship. Stepping aside from the world of cricket, an online gamer managed to win $4.2 million at the 2019 Fortnite World Cup.

New Zealand and India will battle it out in the World Test Championship Final on Friday, although rain has been predicted for the five days of the final. And in the event of a draw or tie, the prize money will be split. New Zealand is, however, the favorites to win following their victory over England earlier this week. This was their first win against the team in 22 years.

India on the other hand has not competed since March but did beat England in that time. One thing we know for sure is that the final will be a nail-biter, even if the prize money doe does not reflect the prestigious nature of the tournament.