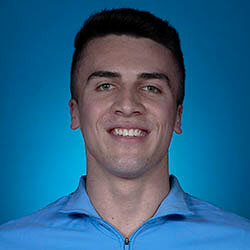 Kiwi diver Anton Down-Jenkins says he’s looking forward to proudly flying the rainbow flag alongside New Zealand’s at the Tokyo 2020 Olympic Games. The 21-year-old is the first male diver to represent NZ at an Olympic event in 37 years.

Down-Jenkins says he’s a vocal activist for the LGBTQI+ community because of his hope to play his role in normalising the rainbow community’s part in competing in international and Olympic sports. According to the Kiwi, there isn’t nearly enough representation of the LGBTQI+ community in sport, and oftentimes because of a fear of discrimination. For sport at the highest levels to become a safe place for the rainbow community, the Olympic diver said there needs to be a much higher level of representation in the mainstream media.

The Kiwi’s statement is by no means unfounded. Research published in 2020 revealed that at least one-third of New Zealanders who come out LGBTQI+ end up facing homophobic slander and abuse. The problem is furthermore clearly most prevalent in male team sports.

Down-Jenkins said he grew up knowing his sexual identity had nothing to do with how far he could progress in sport, and that this surety had been largely owing to people like Tom Daley and Matthew Mitcham, who had both reached diving’s highest rungs at Olympic level. He said he now hoped to be an inspiration and representation to others.

While Down-Jenkins said he hasn’t experienced homophobia personally, he’s seen how “nasty people can be” whenever a member of the rainbow community is involved. He now hopes to help change all of that.

Meaghan Benfeito and Caeli McKay from Canada managed to capture a bronze medal for their performances in the women’s 10m synchro at the FINA Diving World Cup. It was the first world cup for both the Canadians, which could be seen as they made their way over to the podium ….