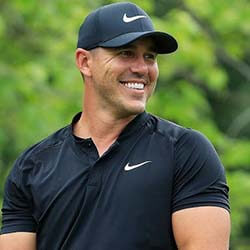 Team USA Ryder Cup contender Brooks Koepka is everything but impressed with the media after a recent interview portrayed him as someone adverse to team sports and as such, not fully committed to his role as part of the team at Whistling Straights.

Koepka spent the biggest part of Thursday’s pre-tournament press meet lashing out at the media over the blowback over what he said had been words spun the wrong way. He said he never sketched himself as negative or even indifferent toward the Ryder Cup, Instead, he said he merely meant he wasn’t used to viewing golf as a team sport as he’d never played in tournaments like the Walker Cup of the Junior Ryder Cup.

Koepka also again commented on his edgy relationship with teammate Bryson DeChambeau, saying they were on the same team, and as such, doing everything they were supposed to be doing, including having dinner together with the rest of their teammates.

What had sparked Koepka’s pre-tournament comments had been former US team captain Paul Azinger’s reaction to the Golf Digest interview that started it all. Azinger this week said if Koepka didn’t love the Ryder Cup all that much, then he should relinquish his spot on the team and make way for somebody who did.

Koepka however said on Thursday he was there to do his job and that the real pity was that the negative image portrayed by the media was the one the fans were ultimately going to side with.