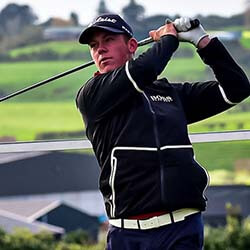 New Zealand golfer Daniel Hillier has been working on his game to take on his next major tournament. His last major, the US Open, saw the young golfer overwhelmed and let the competition get the better of him. He believes that he is better prepared for the upcoming Open Championship. Fellow Kiwi Ryan Fox will be competing alongside him in the tournament.

Hillier qualified for the 149th Open Championship at a tournament in Nottinghamshire last month with a one-stroke win. He, unfortunately, missed the cut for the 2019 US Open. While he will be treating it like any other tournament, however, he acknowledges that there will be an entirely different atmosphere as it is a major championship. This was something that had affected him in his first major, but no longer scares him.

Hillier will take on his second major at 1.37am on Friday and has been grouped with Marcel Siem from Germany and Matt Jones from Australia. Fox will be teeing off at 12.04am, which comes after him stating that he would rather win a major than a gold medal at the Olympics.