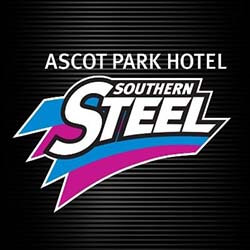 Morrison, who is widely regarded one of netball’s best, will soon be tasked with mentoring and guiding Southern Steel’s brand spanking new lineup of attack made up of England Roses shooter George Fisher, goal attack Kiana Pelasio, and under-21 young star Tiana Metuarau.

The newest addition to the Ascot Park Hotel Southern Steel coaching setup says she’s excited about the sheer number of debutants currently part of the Steel. Pulling together as a team will mean endless possibilities, said Morrison, who added that she experienced huge excitement at the prospect of working with the quality of player that has made it all the way into a semi-pro environment. She also added that while she’d been a player in the competitive world of semi-professionalism before, she’s never been coach. And coaching, said Morrison, would bestow upon her the opportunity of being able to form a whole new perspective about the sport, as well as fine-tune her own skillset even further.

Steel head coach Reinga Bloxham, in the meantime, said she’s happy about the prospect of joining coaching forces with Morrison, who she used to compete against when both coaches were building their careers as players. Bloxham described Morrison to be a strong and experienced shooter, and one who would undoubtedly add great value and skill to the side’s attacking profile.

The Steel are currently training hard for the ANZ Premiership season opener on April 18.