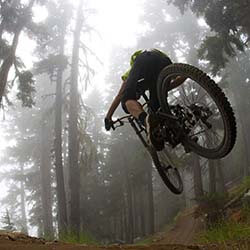 A new mountain bike park proposed for northern Southland has received the thumbs up from local bikers.

The park, which was discussed in Waikaia on Wednesday evening by the Ardlussa Community Board, will be developed in the Waikaia Forest, and has at its heart the idea of giving the town the opportunity to tap into the biking tourism market – which has emerged to be super lucrative. Other than that, the park will also mean new opportunities for the establishment of new local businesses.

The park received the go-ahead from the Southland District Council last October, and once open, will allow public access to the Waikaia Forest by bikers and other related parties. A concept has in the meantime been developed by Elevate Trails, a world-class leader in the design and lay-out of biking and hiking trails. The draft plan apparently covers roughly 50km of trails within the forest.

According to Elevate Trails’ initial analysis of the available area for trail-development, the park offers much in terms of trails that will be perfect for easy and intermediate riders, as well as slightly more limited surfaces for more experienced bikers. A trust will apparently now be established for the raising of funds for the construction and maintenance of the tracks.

Board member Hilary Kelso on Wednesday told the meeting that the idea isn’t to bully the community into having something that they feel might not work for them. Kelso said all raised issues will be attended to in due course.