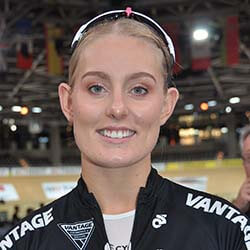 The level of future funding made available to Cycling New Zealand will reportedly be determined by the outcome of the independent inquiry into the death of Olympic cyclist Olivia Podmore.

Cycling NZ formed part of a group of eight top-ranked Kiwi sports to have its funding clarified on Friday. The expectation is for the sport to receive funding in the amount of $5.17 million per year from High Performance Sport New Zealand spanning the next three years. This marks $35,000 cut when compared to the funding received in 2021.

Cycling New Zealand has been facing mounting financial pressures – a situation made worse by the recent loss of its principal sponsor, APL. The organisation has announced that it is now set to shut down four development hubs because of APL’s withdrawal.

The draft findings following the review of the Olivia Podmore inquiry are set to be delivered in early February. According to High Performance Sport NZ CEO Raelene Castle, while funding made available to cycling may not necessarily be cut, it could very well be moved around. Castle said even though right now would be too early to venture out on the specifics, there will undoubtedly be conversations to follow about the state of well-being within the sport.

She furthermore stressed that the sport’s potential to perform at the Paris Olympics in 2024 will also play a deciding role in the decision around funding for the next 3 years. She said it is vital that athletes get the support they need in order to succeed.