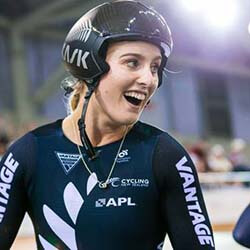 The 24-year-old Podmore passed away last Monday of what is assumed to have been suicide. Podmore during the days leading up to her death made a social media post outlining the high demands of sport at an elite level.  The inquiry will according to a spokesperson for CNZ consider the efficacy of the many changes made following the publication of the 2018 Heron Review into CNZ’s high-performance programme.

The weekend saw former Olympian Eddie Dawkins calling for the establishment of an independent commission of inquiry by government – but not only into sport at elite levels, but also in terms of domestic levels.

CNZ chair Phil Holden this week spoke about athletes being an important “voice” within the context of the latest inquiry. Holden said the organisation has been paying close attention to several athletes who have spoken out since Podmore’s tragic passing. The priority is now to ensure that the voices of athletes form an integral part of the inquiry, said Holden.

HPSNZ chief executive Raelene Castle also commented on the need for a thorough inquiry. According to Castle, the issues surrounding player welfare are complex and oftentimes of an intricate nature. The priority for HPSNZ right now is to gain a more proper understanding of what has happened in the case of Podmore – and all so as to ensure that more is done in future, explained Castle.