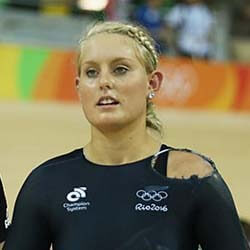 The death of Olympic cyclist Olivia Podmore has now led to a Coronial inquest.

Assisting coroner Louella Dunn with her inquiry will be Cycling New Zealand as well as High Performance Sport NZ, as well as several friends and members of the deceased’s family. Podmore, only 24, passed away in August. She died following a post on social media in which she referred to the many pressures associated with competing in sport at an elite level.

The hope is that the formal inquest will help bring peace and closure about the cyclist’s death to her family and her friends, said former Olympic rower Eddie Murray this week. Murray also said he suspects Podmore’s death to have been the result of several factors – and not just one or two things.

According to High Performance Sport NZ chief executive Raelene Castle, it is vital that the inquiry be conducted in such a manner so as to make everyone involved feel completely comfortable with giving honest feedback.

Measures have apparently been put into place to protect the identity of those too afraid to voice their concerns as part of the inquiry.