Amelia Garvey To Join Lydia Ko At US Open 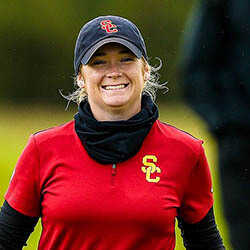 New Zealand will this year for the first time in 4 years have two golfers competing in the US Women’s Open. This after 20-year-old Christchurch golfer Amelia Garvey managed to claim a berth in next month’s major thanks to a special invite issued by tournament organisers to the top 20 amateurs not originally successfully entered.

Though ranked one point short of exemption qualification at #21, Garvey was surprised and elated at having been informed that she would be teeing it up Houston’s Champions Golf Club come December 11 due to several top-20 amateur rankers already enjoying exemption. Organisers of the world-famous tournament this year decided to invite the 20 points-leading amateurs following the cancellation of the tournament’s qualifying events.

Garvey, who returned home to New Zealand from her studies in America in March due to border restrictions, has described the feeling of inclusion as absolutely “unreal”. Garvey described her having had to spend recent months in a secure bio-bubble all on a miniscule off-chance of perhaps making it into the competition on an exemption to have been a nerve-wrecking experience and wait.

The Kiwi has several times in the past missed qualifying for a major by a point or single stroke. The last year missed a spot in the U.S. Women’s Open by exactly that – a single stroke at the qualifying event of the major tournament.

Before heading back to the U.S., the young Kiwi will spend some time with 3D bio-mechanist Ryan Lumsden in Adelaide.