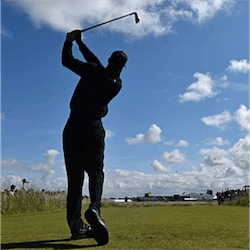 BBC To Return To Live Golf

The BBC will be returning to the live Golf arena this year and will be broadcasting all four days of the 2017 USPGA Championship.  The broadcaster last showed all four days in a men’s major back in 2015.  Lead anchor Eilidh Barbour announced that this was but the beginning, and that the broadcastor planned to continue broadcasting live Golf going forward.

The announcement was not met with equal measures of joy and support from all avenues, with Martin Slumbers of the R&A having taken a sideway swipe at the English broadcaster, referring to the BBC’s approach to golf as being tired and out-dated.

The BBC’s return to live golf broadcasting was announced on the back of PGA America’s decision not to renew a deal with Sky Sports.  This year’s British Open at Birkdale will be the second Open to be broadcast live by Sky Sports.  The previous year’s Royal Troon suffered a huge decline in television audience viewership – with many laying the blame squarely at the feet of the fact that the broadcasting rights had been taken away from the BBC.

When asked for his comments on the decision to return to the BBC, Slumbers responded by saying that he wasn’t unhappy with the partnership with Sky – and that a tired and outdated form of broadcasting (referring to the BBC) had been replaced by world class quality and had changed the way that people were watching golf for the better.

Slumbers based his premise on the fact that last year’s coverage of the Open had won a BAFTA award – and this in the face of being up against the BBC’s broadcast of the Olympics, Paralympics and the Six Nations.

Slumbers seemed particularly troubled by the BBC’s future broadcast of the Open as a result of the Open being a global event instead of just a UK event.  Slumbers also revealed that the R&A endeavoured to reach more young people and that Sky – not the BBC – was better equipped for the task.

Needless to say, Sky has been left standing crimson-faced as a result of the announcement.

There hasn’t been much more in the way of a response from the British Broadcaster, other than confirming the announcement to be true – this perhaps in keeping with typical English gentlemanly behaviour.  The lack of hype from the side of the English could also very well be due to the fact that no specific term has been agreed on as of yet.