How Ryan Fox is Spending Lockdown 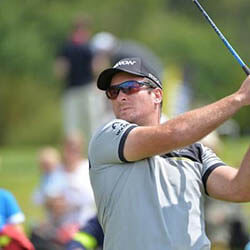 Golf is the latest sport to benefit from expert coaching tips during lockdown. In a video series put together by the New Zealand Sport Collective, Sky Sport Next, and Stuff, Ryan Fox is handing out hints and tips to better the time you’ll be spending on the greens when the novel coronavirus COVID-19 has been brought under control.

Fox, the No.2 golfer in our country and proud Olympian, isn’t able to swing his club on his own for now, but he’s using his lockdown time well. He’s swapped them for some drumsticks, gym equipment, and an Xbox, and is making sure his new Auckland home is set up exactly to his specifications.

With Golf’s future very uncertain at this point, Fox is taking a deserved break after an intense summer schedule of games at the end of last year and the beginning of this one. The sport has come to a temporary halt along with many other disciplines around the world, and many Major Tours are still scrambling to set a new calendar for when the restrictions lift.

Only then will Fox be able to get back to his usual preparations to ensure his game is good enough for him to make his way through whatever events remain on the European Tour for 2020. For now, he’s enjoying the downtime and just putting his feet up for a change. The man we know best for his long drives would usually be very active during this part of the year and he’s enjoying the unexpected break.