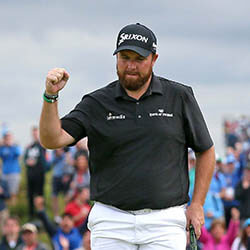 Jon Rahm birdied on the final hole to claim the DP World Tour Championship in while playing on 19 under par, simultaneously taking the European Tour’s season-long Race to Dubai. Rahm had landed a three foot putt to finish just one ahead of English Tommy Fleetwood, and has won the event for the second time of his career. It also means that the 25-year-old Spaniard also managed to beat 28-year-old Fleetwood to be the number on in Europe for this year.

Rahm has also become the second Spanish player to achieve the feat after the late Seve Ballesteros, who had won the event a total of six times. Rahm had a strong start as he claimed five birdies in the first seven holes to open a six shot lead, but he began to lose traction as he made four bogeys for the next eight. Fleetwood, on the other hand, was on form for the back nine, where he picked up five birdies for the final seven holes, which included both 17 and 18 and was able to draw with Rahm at 19 under following a best seven under 65.

Fleetwood finished on 18 under, meaning that Rahm needed a birdie four up to the last in order to claim both prizes. He put on an exquisite performance from the greenside bunker where he carded a closing 68, sealing a one shot victory and ultimately winning the Race to Dubai.